The Mauling of Monarcas

No,  I am not going to rake on the poor Divison 1 professional soccer team we have here in Morelia.    Rather I will stay with the theme of the MALLS that plan to be springing up over Monarch Mountain.

The hummingbirds up here are buzzing about the potential land purchase of a plot of land near the Jefferson High School and La Bandera memorial park by Grupo Acosta Verde .   I guess I will have a Soriana's supermarket nearby at some point.

Now,  on to the visuals.   Here are three floor plans for the first phase of the large mall here in Monarch Mountain,  known as Paseo Morelia.

Starting from left to right,  bottom to top,  here are the floor plans:

The Liverpool anchor store will be two floors,  this plan shows the first floor (Planta baja).   Liverpool will be closest to the access road connecting the Juan Pablo II traffic circle (see previous posts) to the access road to Morelia,  yet to be determined as to tunnel or bridge. 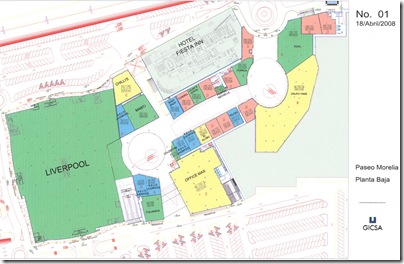 Below is the main floor (Planta primer nivel) with the Liverpool store's second floor.  On the far end is the other anchor store Sears.  You would enter Sears first floor from this level. 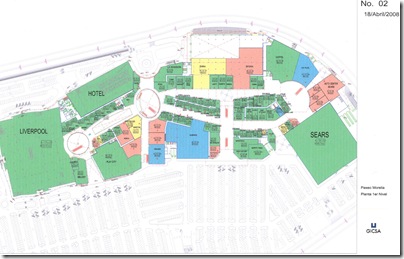 Below is the second floor (planta 2do nivel) which shows the Cinemex movie theaters,  which will overlay the Zara store above,  and the second floor of sears,  with Playtime over the Coppel store. 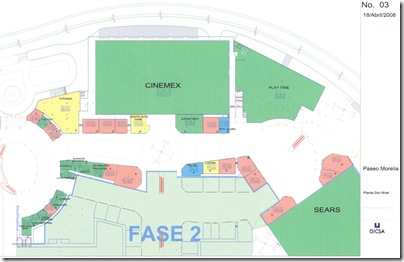 These three floor plans represent the first stage of the project,  below is a partial list of the stores that have commited to the mall's first phase:


First phase of the peripheral area of Paseo Morelia,  corporations commited include:

Below is the view that you will have of Morelia from the Mansion Restaurant and the Fiesta Inn hotel. 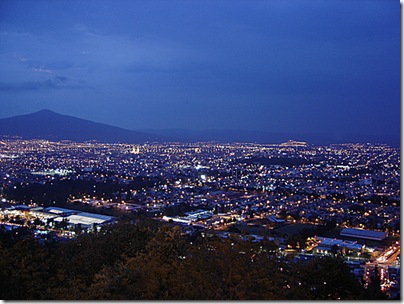