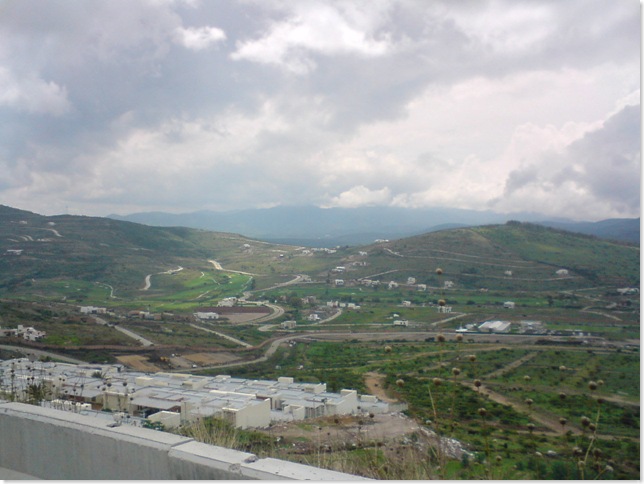 I took my daughter out on Saturday to fight the crowds. Not that she is a golf enthusiast, only that she is a teenager, and wants to be around the "in" crowd. It is funny, when you are in the bleachers or near the greens, most of the people don't have a clue what is going on. One lady politely asked me as we watched two Korean golfers approach the 18th green, "How do they know which ball is theirs?" It wasn't as if they both had landed in the trap next to one another. There was a good 40 meters seperating the two balls.

I was surprised to see many older Americans working as crowd silencers, I assume they are imported from the Lake Chapala rest home....err, retirement community. If they live in Morelia, I must be living a sheltered life here.

Admittedly, I have not spent a lot of time on Tres Marias. The photo above shows its present state (only much greener as it was taken in last summer during the rains). This slight is mainly due to the fact that I have the Altozano in my backyard. Personally, if I were to buy a place in Morelia in either of the two, my heart would go to Altozano.

My friend, David, a retired school teacher from California, has built a beautiful home there. However, there is much more greenery and beauty up there on Monarch Mountain, and you are immersed in what truly makes Mexico special, the people. Somehow I get the impression that Tres Marias is trying too hard to be an exclusive entity. I wish both projects well. The two are both competitors and lovers at the same time.